Novelist reveals wonder of the Seychelles in new book 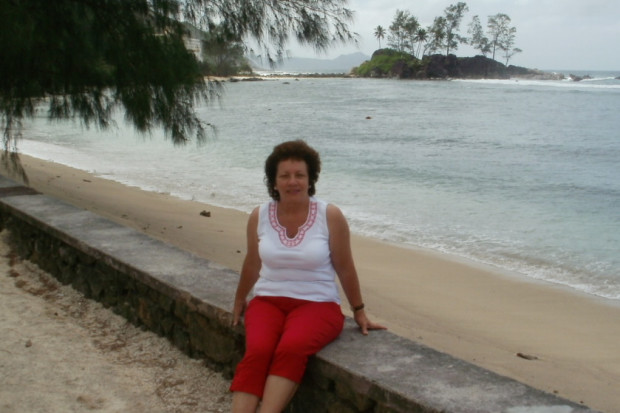 A novice novelist from Haywards Heath aims to explore the history and beauty of the Seychelles with her debut novel.

Rosie Tirant’s historical romance Echoes from the Oasis is set in July 1912. The story takes place on the island of Mahe with the lead character, Anna Savy having just turned 17.

Her character stands out as being rebellious and youthful particularly at a time when women where confined to specific roles and traditions.

The novel explores the belief in God as well as the forces of evil in witchcraft. Anna, as a young nurse, struggles with the idea that the majority of her people suffer in their daily lives.

A smallpox epidemic causes conflict between Anna’s British and Irish colleagues and the addition of forbidden love adds a twist of drama to Rossie Tirant’s debut tale.

Rosie, a former nurse of Seychelles heritage, has experienced disaster first hand and her experiences have influenced the book’s portrayal of devastation in the First World War.

Rosie said: “I wanted to preserve the old ways of life. “So that the world would get to know the real Seychelles and the story of its people.”

As a rookie writer Tirant found the process difficult and rewarding and it camer naturally to her.

She said: “I had to do lots of research – it took years – but that was the best part of the journey: a true odyssey of nostalgia and discovery.

“Right from the start I allowed myself to be guided by my characters.”

Tirant also got emotional writing her characters. “I laughed and cried with them as the story enfolded, sometimes feeling like I had know them in another life. It has been a truly remarkable and amazing journey,” she said.

Echoes from the Oasis is available now from all good bookstores, online and directly from the publisher.The book has already inspired Rosie to begin writing a sequel called Under Stormy Skies, which will follow Seychelles history right to the present day. Tirant hopes these novels will continue as a successful book series.