BOOK REVIEW: “Echoes from the Oasis” by A.R. Tirant

I want to believe that each time a person picks up a book to read, he or she will take something of value away with them due to this experience.
A Book Review . . . 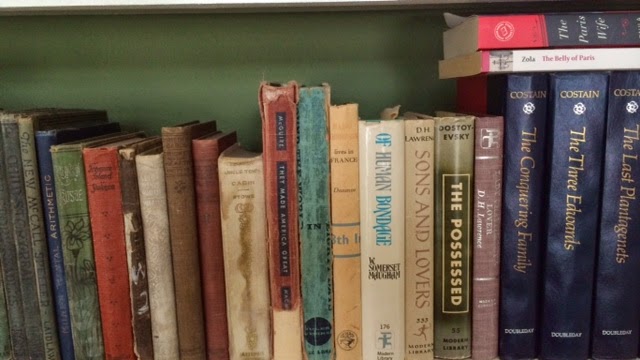 As a writer and a traveler, my goal is to constantly be aware of new places to add to my list of future adventures, future stories. Less than two weeks ago I stumbled across a rare find when I was introduced to one of the most beautifully written and verbally illustrated novels I have read so far this year. I truly discovered an island Paradise along with a new author and friend by the name of, Rosie. 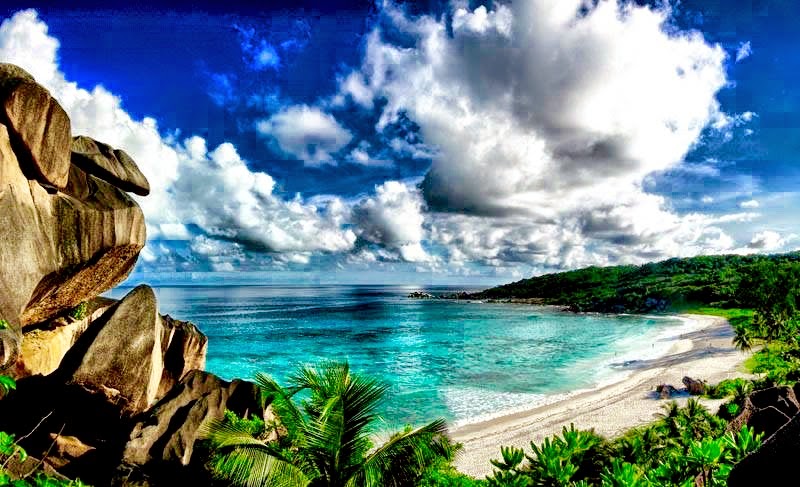 Author, A.R. Tirant, known as Rosie to her many fans, has brilliantly whisked us, her readers, away to the original Garden of Eden in her debut novel “Echoes from the Oasis.” This isolated archipelago, introduced to us in the year 1912 as the small British colony of the Seychelles, is made-up of 115-islands located in the middle of the Indian Ocean and lies 932 miles east of mainland Southeast Africa. We are placed here just a short time before the onset of WWI when we meet Anna Savy on the day of her sixteenth birthday and, shortly afterwards, she participates in the at-home birth of her baby sister, Eliane. Having witnessed this life-threatening birth, Anna seeks comfort in the bosom of her island, her personal oasis where she is passionately embraced by nature, in order to ponder her imminent future of becoming a wife and mother herself.

Navigating the hillside path to find solace from the real world, Anna looks down on the white sands outlining the Bay and village of Beau-Vallon, her home. Later, sitting among the cinnamon bushes, beneath the bodanmyen tree and near the cleansing waterfall of her own island oasis, high up the hillside, this strong, young woman decides, against all odds, to use nature to show her the way. Within this soothing setting, she soon finds solace with her decision to become a nurse. After all, Mother Nature had formed the Seychelles out of her love and provided these beautiful islands with unique flora and fauna and an abundance of freshwater streams and white coastlines all surrounded by crystal blue waters. The healing effects of nature served as Anna’s guide to help heal the Seychellois, the people of these picturesque islands.

At a time in her island’s history when white girls were told they could not work outside of the home, Anna, after making her decision, saw her plans come to fruition only three months later. With the help of Madame Josephine who deals in black magic (grigri), a scheme, using nothing more than the power of suggestion, is hatched. Its purpose is to enlighten Anna’s parents, Albert and Therese, as to the benefits of Anna’s new vocation as directed through the eyes of the Catholic sisters who run the Victoria Hospital. With its success, Anna felt free for the first time in her young life.

With freedom comes consequences from the decisions we make and Anna must face the results of her actions when she falls desperately in love with a young man, Louis du Barré, whose status in the community exceeds her own station. The du Barré family epitomizes the French colonization of the islands and its African slave roots with regards to its history and commerce prior to English rule. Louis’s love for Anna is reciprocated and this rich and complex story weaves together strong characters who are compelled by their religious beliefs, loyalties to home and family, traditions and superstitions, along with individual guilt and failure. All the while, strong winds of change are blowing across the seas from Europe and creating ‘echoes of disturbance’ within the simple, plantation lifestyle of this humble island paradise.

Ms. Tirant offers her unique knowledge of the history of the Seychelles, her people and culture as she introduces us to a variety of island traditions, feasts and open markets selling local goods and refreshment. She broadens our knowledge of island work ethics and explains to us how crops, synonymous with the Seychelles, have been grown, harvested and exported by the island people for years. We become intoxicated by the essence of the island itself as we take on the role of tourist 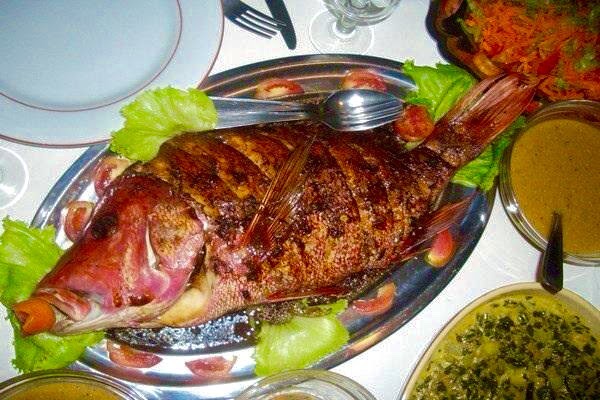 THE AUTHOR’S OWN CREOLE DELIGHTS

navigating and exploring via Ms. Tirant’s beautiful descriptive qualities that flow seamlessly across each page. The reader becomes mesmerized by her gentle storytelling which allows her characters to take on life and permits the scenery of the islands to engulf us within its various textures and smells. 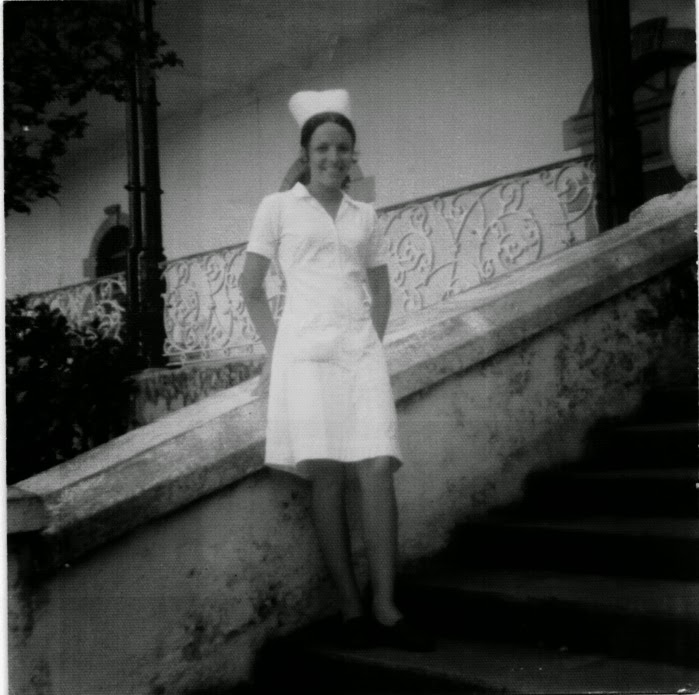 THE AUTHOR AS A YOUNG NURSE AT VICTORIA HOSPITAL

Ms. Tirant, a Seychellois herself, born and raised on the main island of Mahé within a Catholic upbringing and the eldest of eight children, became a nurse there in her youth. She can identify with all of the strong, formidable woman who had to come to terms with a difficult island life where fresh water was hauled to the houses in buckets from the nearby stream and beliefs and attitudes of right and wrong were molded by Roman Catholic principles and ideals.

Men became the provider for the family and women gave birth, maintained their homes, raised the children and became the nucleus of family life. However, in 1912, woman had very little if any say in the important decisions making up the complex world outside of the home. Ms. Tirant’s main character, Anna, was slowly breaking through this stereotypical image as echoes of change vibrated across years of island life and traditions.

I became fascinated by Ms. Tirant’s subtle usage of ‘echoes’ themselves that dominated the backdrop of her book. Listing just a few of them, I can still hear the echoes of bells, drums, heartbeats, waves crashing on the beach, of silence, footsteps upon a ship’s deck, of a cry of agony and, of course, echoes of changing times…..

Ms. Tirant has seamlessly united the history and people of the Seychelles and delivered a sensitive and extremely powerful first novel that can deliver a ‘punch’ when it has to yet exposes the softer side of love and human nature within its magical storyline. I highly recommend “Echoes from the Oasis” to all readers. Through Rosie, the Seychelles really do become an island oasis; our own retreat guaranteed to shelter, provide and allow our dreams to become reality. 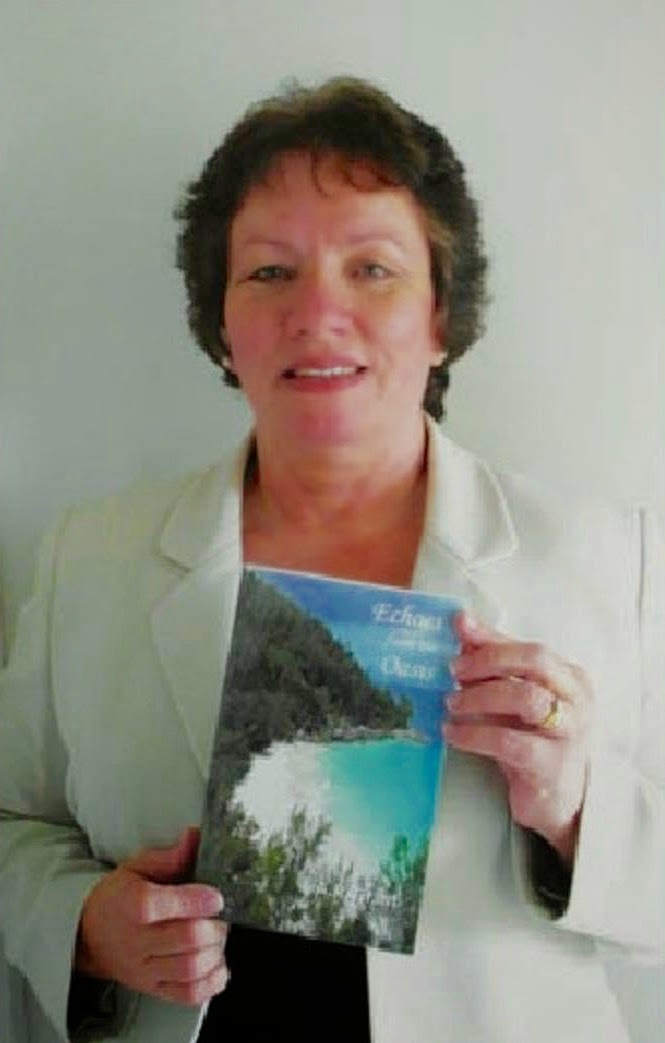 THE AUTHOR: A.R. TIRANT (ROSIE)
Notes about the Author:

A.R. Tirant emigrated to England over twenty years ago from her native village, Beau-Vallon, on the northern coast of Mahé Island in the Seychelles. Today, Rosie lives in West Sussex, England with her husband, Stan Longhurst. Rosie has two grown sons and a beautiful young granddaughter who happens to be named, Anna. Rosie and Stan travel back to the Seychelles each year when she conducts more research into the history of her island, and makes note of the constant changes going on there each visit. She is currently tucked away in West Sussex hard at work on her sequel to “Echoes” which will be entitled “Under Stormy Skies” where her brilliant cast of characters are deeply embedded in the horrors of World War I. With any luck, we may see it launched sometime around Christmas of this year, 2015!

For myself, Rosie has become the world’s Ambassador of these Creole islands of the Seychelles representing their colorful people and culture. Through “Echoes,” she has opened our eyes to the logistics of the islands and created a positive and welcoming embrace between the uninformed and the informed which, I know, will draw tourists there for many years to come.

“Echoes from the Oasis” was published in May of 2014 and made the “Amazon Best Sellers” list in January. Rosie received a wonderful write-up in her local village press, Cuckfield Life Magazine, where they describe the success of her debut novel.

Source
This entry was posted on Monday, March 30th, 2015 at 6:14 am and is filed under News. You can follow any responses to this entry through the RSS 2.0 feed. You can leave a response, or trackback from your own site.

One thought on “BOOK REVIEW: “Echoes from the Oasis” by A.R. Tirant”